In modern usage, a céilidh (English pronunciation: kay-lee) is a traditional Gaelic social gathering, which usually involves playing Gaelic folk music and dancing. It originated in Ireland, but is now common throughout Ireland and Scotland. In Irish it is spelled céilí, but still pronounced kay-lee. Originally, a ceilidh was a social gathering of any sort, and did not necessarily involve dancing; and, that is what the Clan Ceilidh Show is all about. The show is live every Thursday from 6 – 8 p.m.

There are usually five of us in the group; The Reiver, Tory, The Colonel, Geno and Phineas. We all have different areas of expertise and are not afraid to share our opinions on almost any subject.

We discuss local issues that affect the citizens of Catoosa County as well as national issues. We always begin the Show by reading obituaries of local citizens that have passed to the Lord during the previous week. Following that, a Medal of Honor recipient is chosen to be honored by the reading of the reason(s) the Medal of Honor was awarded. We then have a toast to the departed and play Amazing Grace.

From time to time we will have a special guest on the show. However, this guest must have something of value to pass on to our listeners, such as information about an upcoming event in the community that needs more than just an announcement.

We will be glad to announce your community or church related event on the Clan Ceilidh Show. We may be contacted by sending an email to: waak@catt.com. 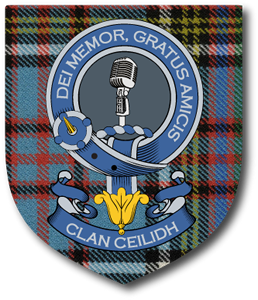